Vodou in the Twenty-First Century: Identity and Challenges (2017)
Trees Take Us to the Gods: Vodou and the Environment (2015)
Where Earth Meets Sky: Healing Rites and Sacred Knowledge in Haiti and Beyond (2013)
Sak Pase? N ap Koute! / Tell Us, We're All Ears (2009)
Lontan, Kounyè-a, ak Demen: Fèmen Sek-la / The Past Regulates the Present as It Does the Future (2007)
La Fanmi-a Sanble: Relijyon Afrik-Ginen Rsanble / Family Resemblances: African-Derived Religions Meet (2006)
Onward: The Gede Family; Life and Death Struggles (2004)
Lot Bo Dlo: Dyaspora Peyi d Ayiti ak Tout Vodou li / Across the Waters: The Haitian Religious Diaspora (2003)
"Limen Limye, Limen Chimen": Worldview and Religious Paradigms in Nation-Building (2001)
Ancestors and Progeny: Zanset ak Timoun (2000)
The Spirit and the Reality: Vodou and Haiti (1998)
The Spirit and the Reality: Vodou and Haiti (1997) 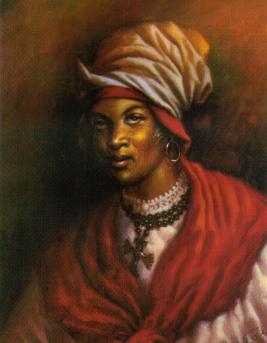 Colloquium XII occurs under the aegis of all the Lwa, and is dedicated to the life and oeuvre of Ati Max-G. Beauvoir.

The year 2017 marks the 20th anniversary of KOSANBA’s founding, providing an opportunity to reflect on where Vodou currently stands in relation to the past and the future. Time challenges our institutions, and religions as well as secular structures partake in this process. The Middle Passage transformed Vodou as it traveled from its sources in Dahomey and other sites in West Africa and the Kongo basin and met its French overlords in the Caribbean crucible. It continued its trajectory across five hundred years, both in Haiti proper and through its diaspora across the globe. The impact of Vodou on Haitian history and society is inarguable: it has been one of two primary cultural markers—language being the other—defining individual and national identity.

Now the challenges are multifaceted as Vodou spreads across countries and continents, making its presence known internationally, and as it incorporates adherents of many nationalities, ethnicities, and races who were attracted by Vodou’s foundational universality or called by the Deities themselves. In Haiti itself, however, the religion—while it is at last recognized—has suffered renewed and severe challenges in its very existence, as have all other indigenous systems confronting globalization.

This conference, then, examines the factors that have shaped the form, definition, and practice of Vodou in the contemporary moment, as well as the challenges it faces and its potential paths for the future.

We invite submissions based on the following themes:

Changes in and continuities with Vodou’s African origins

Colonial and other historical legacies

Global and diasporic currents, and paths for the future